This is quite likely the nastiest and in my humble opinion, stupidest (I don't use that word lightly) description that can be used to attempt to put down a transsexual.

Stupid in so very many ways, not the least of which is, how could anyone believe someone would put themselves through such a total upheaval of their life and the lives of every person close to them for a "life-style choice"???

Because I do not believe stupidity is part of our nature when we are born, I wonder, where does this "life-style choice" nonsense come from?

Part of the answer came as a result of a television commercial.

At first I simply dismissed it as annoying. It offended me, but I wasn't sure why this offended me more than usual.

Carefully taught that appearance is everything.

Carefully taught, so they are convinced that how to act and dress and even what vehicle they want, is something they have chosen in order to have that special look they need.

Taught that everything important is a life-style choice and if you are good at choosing, and work hard to get all of these things, you too can be happy, and well-thought of...
at 08:34 6 of your thoughts

This is about being overwhelmed by reality. I am not used to being so emotional, and I've felt overtaken by emotion since my new friend and I said goodbye on Wednesday at 2 pm.

First the story of meeting my friend Alice.

Late last week, Cassidy told me about her friend Alice, who lives only an hour and a half's drive away from where my sweetie and I live! She was sure the two of us would get along well and suggested I should get in touch with her.

A couple of emails later, we had arrange to meet for lunch, photos exchanged.

Arriving early, I chose a table in the back corner of the restaurant. It was a place where we could be comfortable talking and not be overheard. If I get to choose the table next time, and oh yes, there must be a next time, I won't be worried about such things. Who would care to listen in to a couple of girlfriends catching up on their lives?

We talked about so many things, and as Alice wrote, we barely scratched the surface. We have years of catching up to do.

Why so emotional? It might be that this lunchtime get-together was the very first time the real me ever had lunch with another person. It probably has to do with having a conversation where there was no need to filter my thoughts for the person across the table. Powerful stuff that.

Some of you might know, or at least remember the feeling of having to take off your girl clothes and makeup and put it all away. In spite of the fact that I was in drab, it felt like that to say goodbye to Alice. It has taken me over a day to realize who I am is something I never have to take off or put away ever again.

I could never manage to get the plan just right. It wasn't that I didn't hate myself enough. It wasn't as though there was something I could see to live for and it definitely wasn't that I was lacking the desire to be done with it all.

Love for my family wouldn't stop me. They would get over it. If they had any idea the depth of my despair, they would forgive me. Of course, I had hidden my despair as I had hidden everything; so very well.

There would be no letter of explanation asking for forgiveness, or explaining what drove me to seek oblivion. On the contrary; death had to be accidental. Had to, so the insurance and my pension would take good care of those I had loved for so long. They deserved better though, and I wanted to get out of the way for a better, happier time I could imagine for them, but never for myself.

I had never participated in dangerous sports, so the most obvious way to go was in a driving accident while commuting. I had to figure how to make sure there was no way I could survive. The best idea seemed to be a loss of control at just the worst place (Poor guy didn't have a chance! And look, he swerved at just the right time to avoid hurting anyone else.), and through the guardrail and down into that ravine. Few of the ravines along that route seemed deep enough. Couldn't risk being alive but crippled, spending the rest of my life as a burden on others.
Nothing but suddenly and finally gone for me please.

How about a high speed loss of control and into the bridge abutment? Day after day, I waited for luck to send me a situation like those imagined that would let me put my plan into effect.

Over time, life would get better, then worse again; the plan would receive refining touches.

Now, with the perspective of years, I know what a waste dying that way would have been; not for anyone else in particular, but for me. So much has happened thanks to being here and being engaged in this search for connection and understanding and wholeness.

I am so lucky to have never found that perfect, lucky circumstance to die before my time.
at 09:54 12 of your thoughts

A Former and a Shaper

We featured Gillian Cameron's Calogrenant on T-Central some time ago.
It is there on my list of blogs I read, and it is listed on T-Central.

So why feature it here today? 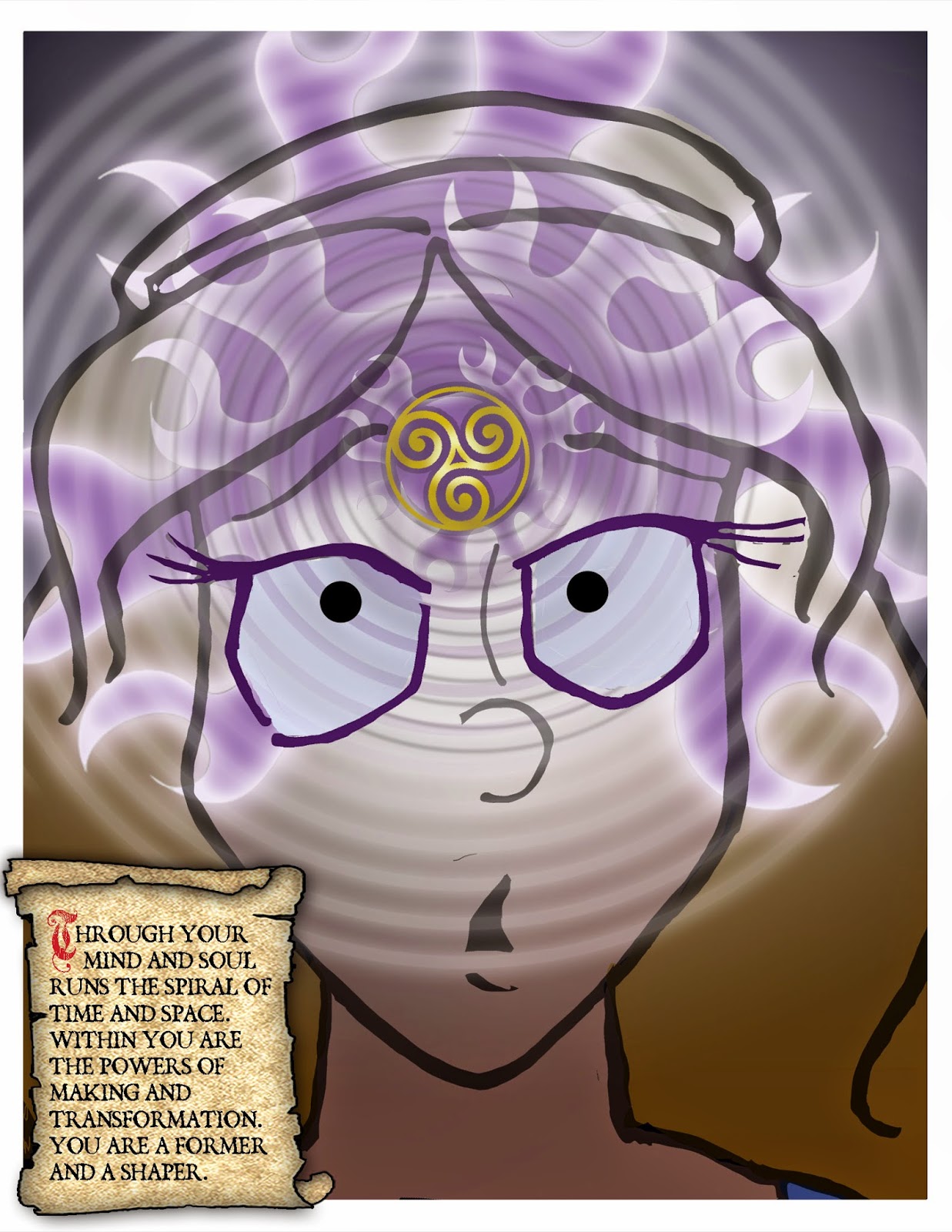 Because dear reader, what Gillian is writing is so very dear to my heart.
She is doing what I would love to find a way to do; highlight the power each of us has in our life.
And, I know some of you use the translator feature here, so I'm going to put the wisdom from today's Calogrenant down below for all to read and ponder.


THROUGH YOUR
MIND AND SOUL
RUNS THE SPIRAL OF
TIME AND SPACE.
WITHIN YOU ARE
THE POWERS OF
MAKING AND TRANSFORMATION.
YOU ARE A FORMER AND A SHAPER.

If you somehow have missed out on reading the whole of Calogrenant's adventure so far, you should start from the beginning.
at 10:26 6 of your thoughts