Admitting We Are Wrong

We invest a lot of energy in our world view. Admitting we have been wrong can cost us dearly. We might lose face, friends, or status when we admit just how wrong that world view has been, then try to repair the damage. In the extreme, we might even feel foolish, knowing that what we have fervently believed is, in fact, nonsense.

We are living in a time when strange and dangerous mythologies are tearing our civilization up.

There is a mythology that is related to how we use or misuse the planet. Some of us have thought ourselves entitled to so much for so long that we have forgotten simplicity and how to get along with less.

Here in Canada, we are debating the value of eliminating our use of carbon liberating technologies to, among other things, keep us from freezing to death in the winter. A lot of folks are finding it hard to stomach the high cost of changing our ways. Some have had their electricity cut off because they could not afford to pay soaring costs. Fortunately, it appears nobody shall be freezing to death because their electricity is shut off, at least not at the moment.

Admitting we have been wrong is embarrassing and expensive.

The particular mythology that prompted this post is called Christianity. Now it is quite possible that the relatives and former friends who have shunned me since last February (when they found out I am female and intend to live that way from now on) are simply using Christianity as an excuse because they have always disliked me and can finally get me out of their life this way. I actually prefer that explanation to the one that suggests they are amazingly stupid and are convinced there is a big powerful something lurking out there, waiting to punish them in the afterlife for some transgression.

Christianity was not the only religion with a god-child born at the winter solstice from the union of another god with a virgin, but its message was different. Jesus came up with a unique way of admitting we are wrong; unconditional love.

A while back the following came to my notice via FaceBook. I traced it back to a webpage published on December 3, 2014 on the site same same:

“In 1995 we announced the arrival of our sprogget, Elizabeth Anne, as a daughter. He informs us that we were mistaken. Oops! Our bad. We would now like to present, our wonderful son – Kai Bogert. Loving you is the easiest thing in the world. Tidy your room.”

Sometimes our world view gets in the way of love and growth. Admitting we have been wrong can free us. Momentary feelings of foolishness combined with loss of face, friends, or status should seem a small sacrifice when we care for one another deeply.
at 17:34 15 of your thoughts 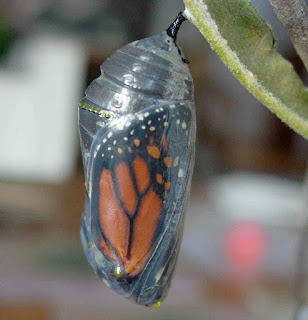