It's Not Always About Us

The context of a cartoon is important.


Dan Piraro is the creator of the cartoon strip BIZARRO. The panel above is a prime example of his irreverent style. In his blog he discusses the typical reactions people have expressed about this particular cartoon, including reaction from supporters of the trans community. In their comments to him they were critical “because it isn’t an accurate representation of transgender people, and that it leads people to believe that transgenders are nothing more than men who like to play dress up …”

As he says: "The only point I was trying to make is that all Americans should be granted the same rights and respect as long as nobody is getting hurt. Being different always leads to scorn by the small-minded and insecure but it needn’t and shouldn’t. That’s among the things that laws and bills of rights are meant to protect."

Apropos of my previous post, it seems to me that understanding the history and context of a document, whether it be the Constitution of the USA or the New Testament is very important. Important, unless you have a vested interest in a literal interpretation - perhaps a member of the NRA or someone leading an evangelical "church".

We need to remember that the men portrayed in that room, living in the time of Mozart, just before the French Revolution, wrote about all men being created equal while at the same time, they really meant men, not women, and by all, they meant all men who owned property. In other words, men like them were all equal. The "founding fathers" probably all owned slaves and they certainly didn't consider a slave to be anything but property. That is context.

I can understand reacting poorly to the cartoon. After all, it is a serious topic for some of us, and the situation depicted is silly. But I have read enough BIZARRO cartoons to know that it wasn't meant in a malicious way. It was created to make you think and give you a chuckle.

In general, we need to believe that others are doing the best they can. If I'm walking by a group of people and I hear laughter, why should I think they were laughing at me? The big reason might be that I am lacking in self-confidence. If I don't believe there is anything laughable about my appearance, then I will assume these folks are sharing a funny story. It definitely has nothing to do with me.

Overthinking a cartoon is wrong on so many levels. Reading cartoons is about having fun (remember fun? ... not taking it personally and remembering it isn't always about you) or at the very least, seeing the humour in a situation. If you feel insulted, maybe you need to remember how to laugh at yourself. It might also help to remember what a truly bizarre world we live in.
at 15:35 4 of your thoughts

I never did or said anything hateful to or about my sister before she disowned me, and I won't now. But, it frustrates me to think that her reason for choosing to put me out of her life had to do with the teachings of a church she and her family attend. This church that calls itself Christian has taught her that I am an abomination as are those like me.

The wife of the Vice President of the United States, Karen Pence, is a teacher. The news says she has taken a job at a school that does what they can to have no LGBTQ teachers or students. The report I read seemed to report this news fairly, but it seems some media have been critical of the "second family". Read about her husband's reaction to the criticism here, or wherever you like via a search of the internet.

I really don't object to folks teaching where they like. If that place happens to seem bigoted to many and a teacher supports that school's point of view, then I say you shall know them by their fruits to quote another great teacher.

Perhaps those who believe one cannot be Christian and gay or transgender, should check out, then have an argument with the churches around the world who consider themselves to be Christian, and also support LGBT rights.

More important, in the long term, knowing that the Vice President of the United States only serves some of the citizens of that country must be somewhat worrisome to those who think Mike Pence might inherit his boss's job. Then again, what would change?
at 17:21 10 of your thoughts

Caroline is a wonderful friend. Her blog and her comments on this blog were each an early source of support for me at a time when I was convinced that the best I could do was to maintain a male façade.

She and I have corresponded and chatted for many years, and for most of those years she patiently waited for me. She was supportive, often a shoulder to cry on, but she never told me what I should do. Since my transition, our friendship has grown and deepened. She is a friend who, as Proverbs 18:24 says, sticks closer than a sister.

This post is linking to her final post, "Anniversary and end of an era ...", because, for some inexplicable reason, her blog won't accept comments anymore, and she richly deserves many.

Leave a comment here and I shall make sure Caroline gets it.
at 23:38 3 of your thoughts

I Am Too Old to Change!

Poor old Scrooge. He had lived with his infirmity for so long (being a "squeezing, wrenching, grasping, scraping, clutching, covetous old sinner") that he was certain there was no hope for him. The three ghosts in one night did their work for him, however, and ... well, if you know Dickens' Christmas Carol, you know the rest.

What of the rest of us? What is it that is holding us back? And when are we 'too old to change'?

For most of us in the 60 and over bracket (about 17% of the population in Canada) the typical things that we correct, that might hold us back, are poor eyesight, and wonky hips, knees, and feet. Taking care of these problems has tremendous benefits for the patient and society in general. Those who are unable to walk properly generally have other co-related health problems. Families whose older members are independent have less to worry about.

Getting older doesn't have to mean life with pain or disability.

What of the older transexual? Are we ever too old to change? There are a lot of factors to consider and I don't expect to touch on them all in this post. However, I transitioned as a senior, so I know something of this. If the comment stream demands it, there may be more.

There is no reason to fear gender confirmation surgery more than you would other corrective surgeries. The risks are there, and you must know them. I would suggest that you be prepared for a long recovery, especially if you are FTM, which requires multiple surgeries.

Being older often means being alone. As a transexual, you risk losing friends and family very suddenly. You might also lose a whole community. For example, if you are involved in a religious group, you might be shunned. Some might say that those who abandon you aren't worth keeping, but that is an individual choice, and one you must be prepared to accept.

Unless you have been there, it is hard to explain the imperative that drives those who transition. I had people tell me, when I tried to explain it to them, "You have lived this way all your life, so why can't you just do it a while longer? You don't have that much longer to live." That sort of response made it clear how impossible it was for them to grasp my situation. The fact is, the older I got the harder it became to suppress that drive. I cannot imagine what it would have been like to keep my life on hold for another year, never mind the rest of my life.

I will admit to being worried that as I age, there might be some 'interesting' consequences if I find myself in a home for the aged. Physically, I will be accepted as a woman, but, if as was the case with my father, there is dementia in my future, what then? Might I become confused and believe I have to present as a male as I did for so long? The answer is 'yes', I might. Hopefully by that time, an initiative taken in North Wales will have spread to health care workers in all civilized nations. A health board there has developed dementia care guidelines for workers who interact with trans patients.

Follow this link for another perspective on living in fear of dementia as a transperson.

A really well-written article, 'Age has nothing to do with it': how it feels to transition later in life was published in The Guardian this past November. I would recommend reading it if you are interested.

In so many ways, living a long life and getting old are not the same thing.
at 16:46 9 of your thoughts

Those Who Study History

K and I make a good team. For instance, she has been editing my posts for a couple of years now, which explains the improvement in my grammar and use of commas, especially.

From time to time, something she notices on the internet is a source of inspiration here. That is the case today. 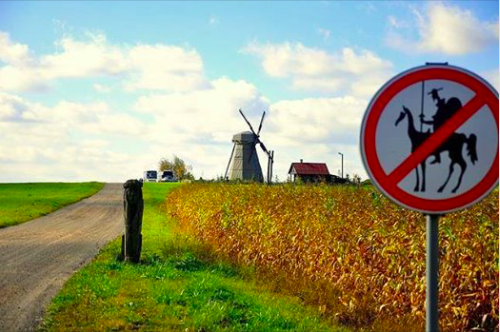 Perhaps it was just a coincidence that these two made their way to my computer in the same week as the previous post, one that is slightly preachy, I suppose.

This one hits very close to home however:


Oh, and this afternoon was lots of fun. Joanna and I met again for lunch. She is a good friend.