The trouble with reliving the past is the predictability of it all. It would be great to be able to stop remembering, but the older I get the more those ghosts from the past seem to stop by uninvited.

There I was in this dream/reflection, walking down the hall of a building I worked in thirty years ago. I could see my thirty year old self, just as I could see that woman I have wondered about so often walking toward me. She had worked in another department for a month or so, and we had never spoken.
As I watched those two walk toward one another, I relived the feelings of indecision that had disturbed me at the time, and have haunted me so often since.
The woman had always looked slightly manly, too broad in the shoulders, with a friendly but not really attractive face.
This day she had come back after a short absence and seemed to be trying to avoid being noticed. As we got closer I had a glimpse of her red and swollen face and suddenly I knew.

I had no words to describe it ~ she was doing what I had dreamed of doing.
I felt desperate to know what she knew; facts I had never had the nerve to research, with anything like the internet a decade or more away. I'd certainly never spoken to anyone, least of all the pill pusher who was my doctor at the time.

I remember the thoughts that had tumbled in my mind that day; that if I was wrong, it would be incredibly embarrassing. If I was right, she might take offense anyway. Indecision and my own shame at wanting something that crazy that badly had driven me to walk by and try not to think these thoughts again ~ ~ stupid ~~ futile.

I turned focus back to the dream, and watched and was shocked as the dream changed.
This version of me did not walk past. Getting closer, he slowed, then stopped and reached out, said her name and initiate a conversation.

I never did that.
It is what I had wished I had done.
What happened to this dream version of me then?


Did I listen and then go back into denial?

Did that kindred spirit and I become fast friends who supported one another fiercely?
Did I follow her to womanhood?

Did our marriage survive?
How did it impact my children? 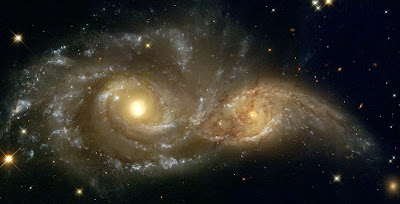 The answer to each is of course, yes and no. In some lives none of those things happened, and in others all and in most some combination.

This perspective that allows me to contemplate the infinite diversity of the personal universe gives no joy or satisfaction. The path I lived, one of fear and denial, is the only one I can be certain of.

It is a feeling that is driving me slowly crazy as I see others who I care about travel their own set of roads and wish them well, while still making my choices that will create that future set of me's.

Doing the best we all can, one day at a time.

Now I am trying too hard not to think of what happened to this braver, more optimistic version of me. A risk-taker who made a new friend I hope, and perhaps, became authentic half a lifetime ago.