Where Are We Headed?

A few days ago, I joked with K about how hard it must be living with someone who is constantly examining the world. Self-examination continues, but these days it mostly has to do with my reaction to events in our world; our own world, and the larger world around us. Unlike our own, it is so hard to be optimistic about where we (the human race and our 'civilization') in that larger world seem to be headed.

Looking around at how crazy everything is these days, it is hard to avoid noticing disturbing patterns, evident in media of all sorts. Oh, so much of the media is seductive and wondrous. I still recall a friend calling up an obscure song on Youtube I thought was lost forever on a broken 78rpm shellac disk. The ability to share ideas with people across the globe and chat with friends was and still is a sort of lifeline for many, including me.

Without the 'net, I wouldn't be me, so it is hard for me to admit how negative it all makes me feel these days. It seems clear that without vigilance toward media, we shall find ourselves slaves held by invisible shackles.

The oldest, print media, has declined to the point where it seems hardly relevant, and yet that is where, from time to time, a voice cries in the wilderness, calling for sanity (much as someone writing in a blog might).

Broadcast media, television and radio (again, irrelevant mostly) have become such well-organized tools of control by the rich that one hardly knows where to begin. Hint: advertising is everywhere now. Those five-minute breaks are easily ignored, but much of what might be called advertising appears in the programs, and is designed to wear down the viewer in a subliminal way. It tries to make us immune to feeling, so that we can watch cruelty of every sort, night after night (K and I still remember watching video from the Vietnam War - so immediate and cruel). We can watch fictional cruel people murder and be murdered in return without feeling that it is unnatural. If you approach it as a visitor to the planet might, the repetitious mind-numbing tactics are so overt they make one want to scream and run. More on that later. Don't run. Instead, pay attention as that visitor would.

The media misnamed social is the most dangerous in my estimation. It has the feel of being under our control at all times, and yet this could not be further from the truth. Not sure who originally wrote "the internet is forever", but we could ramble on for weeks on the way this truism has ruined lives. More than that, this form of media, perhaps because it feels personal and controllable, has the power to mess with your life, even though it might change it in a positive way too, as when two people who haven't seen one another for many decades, reconnect, as K and I have. It has the power to change how you feel about just about anything, because many articles are targeted using your own usage as a model. One might consider that the computer "bots" are benign, but look up the word "naive" if you really believe that to be universally true.

When my kids were growing up, we were so lucky. Television and movies were the only media to be concerned with. Some friends thought that keeping their children from watching certain programs was the way to keep them from harm. I wasn't naive enough to suppose that we could protect them that way. Instead, we talked to them about how it was natural to feel envious seeing people on television having things we don't, but real people don't live in "television land". We tried to avoid showing them violence, of course, but we discussed that too. Television can educate you in a negative sort of way; a "don't be like that" way.

I'm not naive (see above) enough to imagine that any power on earth or any individual can fix the way media is controlling our lives now. It seems to me that the very best we can do is to be aware of how it will affect you if you let it. Good parenting these days requires that we do the same for our young ones. 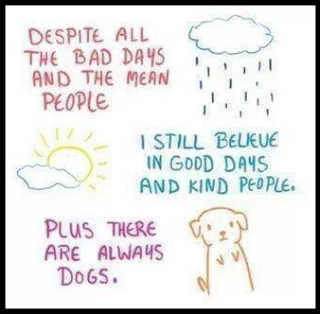 A bit of time travel to a sillier time, not a kinder time. Back then a computer was still a person, and  the television was thought to be a miracle that would help educate the young by showing them the world from their home.

GrandDad liked this piece though:

and GrandMa was fond of this one.

I still love my grandparents so much. They couldn't be held responsible for the direction the world had gone or would go, no more than you or I.

We Wish Everyone a Wonderful 2019!

Not long after I began to present as the woman I am, the editor from a local paper got in touch with me. She asked if I would be interested in sitting down with her to be interviewed. It seems that she thought a story of someone transitioning from male to female in our community might be a good "human interest story".

Now, first of all, I was living in a very small town in a very large county in Central Ontario; a large county with a relatively small and closely-linked population. Since I was a teacher at the only high school there, it seemed unlikely there were more than five or six people who hadn't already heard that one of the older teachers who "used to be a man was now a woman". More importantly, something felt wrong about being the feature for a story in the newspaper. It might be that I didn't feel prepared to tell the real story.

I declined the opportunity to chat with the editor and no human interest story was written about me.

From time to time, it occurs to me that a well-written piece might have been more than interesting - it might have been illuminating for readers of that paper. And yet, what might they have learned? For many, the fact that someone had done what I had done was the story, and that much they already knew. I suspect the editor thought the real story was one of struggle to get up the nerve to defy convention - a story of bravery.

Closer to the real story is that being authentic is essential for everyone. Not hating myself for pretending every day was important. Decades of self-harm were coming to an end.

Oh yes, for the curious, of course there is a dramatic story of the disruption my deception caused. Decades of thinking there was something wrong with what I wanted for myself; hiding it from people who loved me. Certain I was damaged goods, I hid myself, because in that world, what was true about me and what I wanted to express were wrong, maybe even illegal.

The story that could have been told to that editor, if I had thought of it then, was that being a woman is one of the least important things about me. Of all the things that make me unique, just like most of the women of the world, being a woman is a very small thing.

Here is the real story. Some, and perhaps, many men have a huge problem with any woman who denies their entitlement and says that being a man is no special achievement at all. Transitioning to female from male (or male to female) challenges that entitlement.

I am convinced that as societies become truly civilized, we will all be judged (if judgments are made) for the unique qualities we contribute. Being a woman, like being Caucasian, will be among the least noticeable ways of describing who we are. At just about the same time being transexual will be the non-event it should be; something essential to the individual. Such a change will unavoidably affect those close to us, but it needn't be newsworthy.
at 14:43 7 of your thoughts

This past week I've been working on a DIY project. We own the special equipment required, and I have the expertise, so why not? More importantly, when the hunky guy came a month ago and gave us (two women with no man in sight) an estimate for the project, it was ridiculously expensive.

The project is mostly complete now and it looks great, if I do say so myself.

I knew when I told K "let me do this instead of paying way too much" that the time line would be the difficult part. The hunky guy ... let's call him HG ... would have done it in one day. It has taken me four days of actual work. There was a fairly long delay getting started. I had to give some thought to the steps needed; where to organize materials and so forth. Planning took a while. Having the flu didn't help a bit; there went two weeks. Moving heavy material about is something I didn't ever think I'd be doing again (my knees are telling me I'm not sixty anymore). I had almost forgotten measure twice, then measure again. You forget that at your peril ... I found that out today, but fortunately it was not a fatal mistake; I made it work. I'd forgotten the pleasure of rescuing a project that is about to go off the rails. I had forgotten a lot, but the remembering has been fun.

HG might have suggested a reasonable price for his services. I am so pleased he did not (did I mention I've had fun?) and soon, we will have a very pretty addition to our family room, and two very happy ladies who know they don't always have to hire HG when they want something done.