First they came for the ...

There are sad, angry, bitter people in the world. And why not? If you live in extreme poverty, or a war zone, have lost loved ones because of that, it seems natural to hate those you see as responsible. Look around the world and see the terrible circumstances of lives and try to tell me you don't understand sadness, anger and bitterness.

Now, try to explain to me why it is that people who have all the advantages of peace sometimes turn out to be just as sad, angry and bitter in spite of it all.

This morning I was reminded of this over at Kay and Sarah's blog in a post called "Can you explain what you said?". One of those people needing more empathy, love and joy in their life decided to spew hatred upon that lovely place, in response it would seem to a photograph of a beautiful woman on her wedding day.
As our beloved Aunties so correctly point out, the comment shows a lack of life experience,

"I can think of other 'pictures' that should haunt his dreams more vividly than someone in a dress. Say pictures of children murdered and defiled; of towns that are torn from the map by disasters, pictures of war and killing of the innocence mothers and fathers by crazed men"

yet in my mind, that damaging comment means so much more about our society than it does this one sad, bitter, damaged person.

Joseph Goebbels would recognize the symptoms and the opportunities for manipulation that exist when a society is weakened by a lack of moral centre, compounded by financial difficulties.

There are religions and creeds of all sorts that take advantage of those opportunities. They pitch the "big lie" just like Minister Goebbels once did, and manage to seem to fill a longing in the disenfranchised of our seemingly rich and peaceful part of the world. Part of that big lie always revolves around circling the wagons against the "others".

In Joseph's Nazi Germany the groups included in the "others" widened yearly. If 1945 had not seen the end to them, by now it is hard to say how many hundreds of millions would have been eliminated by their hatred as unfit. No question at all that the transexuals would have been early on their list of 'unsuitable to be considered human'. 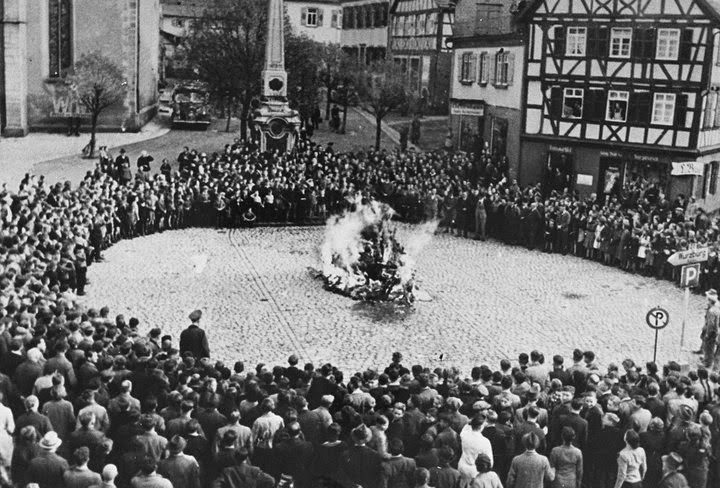 Now, you are going to suggest that one nasty comment by a person who needs a mommy doesn't warrant such a response. Let me remind you that in 1923 Adolf Hitler and his gang were a small determined group of outsiders when they were arrested after the "Beer Hall Putsch". By January 1933, Hitler was Chancellor of Germany, and only two months later the hatred and mind control began in earnest with the burning of the books.

"Those who cannot remember the past are condemned to repeat it"
George Santayana, 1905
at 09:53